SAFAS believes that an industry can only be considered truly responsible if it contributes to addressing the key social challenges facing the country.  These include unemployment, rural poverty, skewed incomes, poor health, labour unrest and weak educational standards.  Forestry is an industry well positioned to play a substantial role in addressing these problems.

SAFAS  takes a progressive attitude to community relations through indicators which measure the extent to which an organisation contributes to community harmony in the landscapes where they operate.   Essentially,  the organisation should be a contributing member of the local community.  SAFAS criteria require that organisations respond to the socio-economic context in which they operate and take measures to promote economic development though employment and other means.

South Africa emerged from its apartheid part as the Rainbow Nation, an image that captures the country’s vast cultural and ethnic diversity and symbolises hope for the future. SAFAS have criteria protecting sites of importance to the cultural heritage of all South Africans.

The population is estimated at 58.7 million and is one of the most complex and diverse in the world.

The first inhabitants of South Africa were the San and the Khoekhoe. The San, Africa’s oldest hunter-gatherers, lived in the massive Drakensberg range of mountains from 4 000 years ago until they were driven out by colonialists in the 19th century. Over that time, they created a vast body of art on the walls of caves and rock shelters – the largest and most concentrated group of rock paintings in sub-Saharan Africa.

South Africa is a multicultural society that is characterised by its rich linguistic diversity. Language is an indispensable tool that can be used to deepen democracy and also contribute to the social, cultural, intellectual, economic and political life of the South African society.

The country is multilingual with 11 official languages, each of which is guaranteed equal status. These are English, Afrikaans, Ndebele, Sepedi, Xhosa, Venda, Tswana, Southern Sotho, Zulu, Swazi and Tsonga. Most South Africans are multilingual and able to speak at least two or more of the official languages. 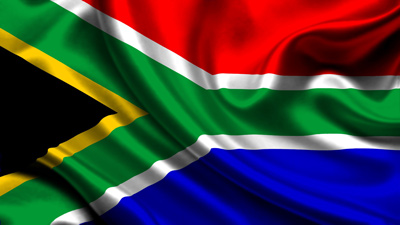